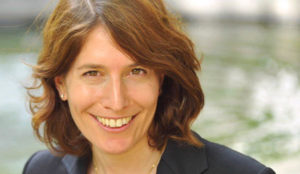 Nik Yeo, a barrister at Fountain Court Chambers, was called to the Bar in 2000. Nik specialises in high-value complex commercial litigation and arbitration spanning a number of practice areas including banking, financial services, professional negligence, energy/natural resources, insurance and reinsurance. His work often draws on his previous experience as a transactional solicitor at Slaughter & May and regularly has an international or cross-border element. He was awarded Professional Negligence Junior of the Year at the Chambers & Partners Awards 2016 and is a contributing author of The Law of Privilege (OUP 3rd ed 2018), the leading text on legal professional privilege. He frequently advises on privilege issues, for example for a major utility seeking to structure its internal communications in respect of serious accidents in such a way as to maximise the scope of privilege.

Tamara, a barrister at Fountain Court Chambers, was called to the Bar in 2002. Tamara is a high-profile junior with a broad commercial and civil practice spanning a number of areas of expertise including Aviation, Banking & Finance, Commercial Dispute Resolution, Civil Fraud, Insurance and Reinsurance, International Arbitration and Professional Negligence. Tamara is regularly instructed to advise major institutions on privilege issues arising in connection with regulatory and/or criminal investigations. She is considered an expert on Privilege, and was part of the successful Counsel team in the well-publicised victory for ENRC against the SFO in the Court of Appeal. Tamara is also co-author of Thanki’s The Law of Privilege and is a contributor to GIR’s Practitioner’s Guide to Global Investigations. Described in the directories as “a great advocate with fantastic attention to detail”, Tamara is consistently ranked in both The Legal 500 and Chambers & Partners, and recently won the Junior barrister of the year for Banking at the Chambers Bar Awards 2018.