The presentation will feature a short welcome address by the AIDA Swiss Chapter to BILA. It further includes a short synthesis of the Swiss insurance regulatory system and the current issues in Switzerland. The latter also include matters relating to the equivalence of the Swiss insurance supervisory law with the principles of Solvency II.

In the second half aspects of Swiss insurance contract law will be discussed. Many insurers in the London Market write business in Switzerland by using their standard wordings. English law driven clauses will then have to be embedded into the provisions of the Swiss Insurance Contract Act. The lecture will cover some of the stumbling blocks that usually appear in those cases, including:

Lars Gerspacher is partner at gbf Attorneys-at-law in Zurich. His main areas of expertise are insurance and reinsurance law, aviation and maritime law as well as transport and trade law. The main focus of his activities lies in conducting law suits of an international nature for insurance and reinsurance carriers in various lines of business (such as marine, aviation, D&O liability, E&O, fidelity and other financial lines). He also specialises in transactional and regulatory work for the insurance and reinsurance industries, whom he advises upon any aspect of regulation by the Swiss Financial Market Authority (FINMA). He handles authorisations in Switzerland and Liechtenstein, including the drafting and submission of required business plans to the competent regulators.

Christian Felderer is Hub CEO Zurich, of SCOR’s Swiss based operations ensuring the operating support to these entities and is also SCOR Global P&C General Counsel. In the latter capacity he is responsible for SCOR’s P&C reinsurance transactional legal matters.  Previously he was General Legal Counsel for the Converium Group, until 2007, Senior Legal Counsel for Zurich Re. Between 1990 and 1997 Mr Felderer and prior to that, had various management responsibilities within the Zurich Group’s International Division, including the establishment and management of the Captives and Financial Risk Management Department and the management of the Claims organization of the Zurich Group’s International Division. He had started his business career with the Zurich Insurance Group as an underwriter in the International Division’s Casualty Department.  He will retire as of the end of September 2014.

Christian is a founding member of the re-established AIDA Swiss Chapter and Chairman of the Swiss Chapter of AIDA.
http://www.aidaswisschapter.org/aida11/organizing-committee 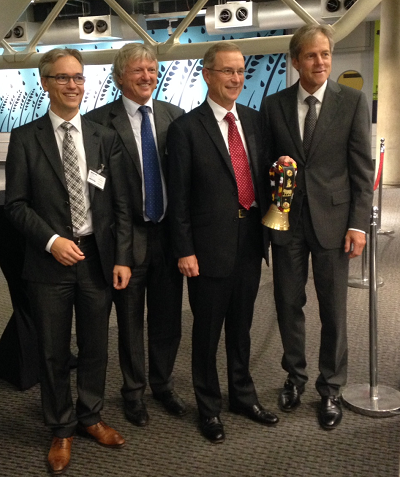