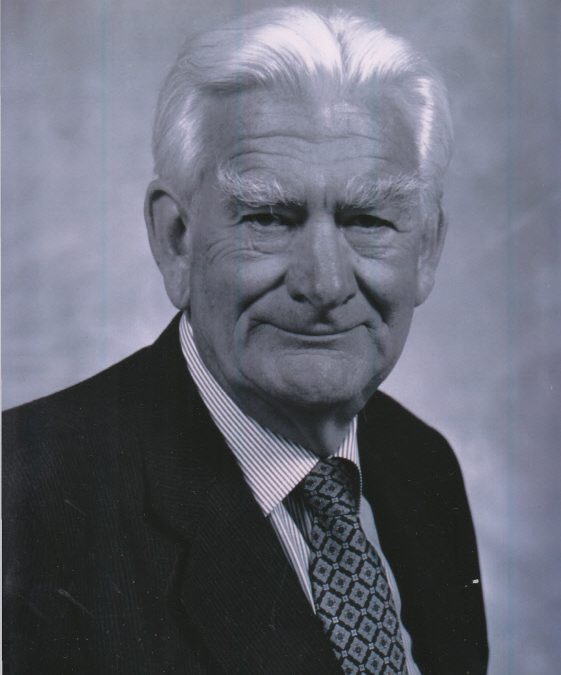 It was with great sadness that we received the news of the death after a short illness on 4 November 2021 of John Butler at the age of 90.

John’s contribution and legacy to BILA, to AIDA, but also to the wider world of insurance and reinsurance law and dispute resolution, was and remains, very considerable.

A fuller appreciation will be produced in due course.

Legal Officer (General Counsel) of The Mercantile & General Reinsurance Company London from 1961-91 until, upon his retirement, he joined solicitors, Barlow Lyde & Gilbert, as a Consultant from 1991 until 1999. John served on many London insurance market committees over the years, including the Reinsurance Offices Association’s (now IUA) Wording Committee, of which he was Chairman from its foundation in 1979 until 1991.

John was the co-author of Butler and Merkin on Reinsurance Law, published in 1986 by Sweet & Maxwell, which in the following year was awarded the first-ever BILA Book Prize. The looseleaf publication will this year benefit from its 115th published update.  John also published many articles on reinsurance law in various journals. He was the Legal Correspondent of Reinsurance for over 30 years, as well as being editor of Insurance and Reinsurance Law International and other publications. In addition, he frequently gave presentations on reinsurance law and related matters in the Far East, Europe and the United States.

John spoke at, and helped in making a success of, BILA’s first international colloquium in 1971. After serving as BILA Chair in the late 1970s John remained on the BILA Committee in the 1980s, being elected in the late 1980s as BILA President before then being elected to serve as AIDA President from 1990-8, thereafter remaining an AIDA Honorary President.

During his time as AIDA President John initiated the foundation of AIDA Reinsurance and Insurance Arbitration Societies (ARIAS) as an international body to regulate reinsurance and insurance arbitrations and was instrumental in establishing ARIAS (UK) (serving as its Vice-Chairman) as well as ARIAS (US) and CEFAREA in France. He acted as an arbitrator and Umpire/Third Arbitrator on numerous occasions in the United Kingdom, Bermuda, Europe and the United States.

Our thoughts and condolences are extended to John’s widow, Nancy and to their children, Henry and Alexis, and family.