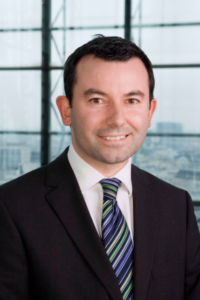 With the insurance market going through a period of significant change Lloyd’s is responding to ensure the market is positioned to take advantage of those developments as it aims to remain the market of choice. Technological and market changes are impacting the coverholder model and against this context Lloyd’s is currently undertaking its most significant overhaul of its delegated authority oversight framework for over 15 years. The changes which Lloyd’s have announced are intended to make Lloyd’s approach more risk-based and flexible, while making it easier and cheaper to do business at Lloyd’s.

As Lloyd’s Head of Policyholder & Third Party Oversight, Paul Brady is responsible for leading this programme and he will be speaking to BILA about the work his team are undertaking and what it means for those who participate in the market or act as advisers to it. He will outline his view of the strategic importance of these changes and will provide details on the amendments Lloyd’s is making to the Intermediaries Byelaw covering: (1) risk-based oversight (2) Lloyd’s approval of delegated claims administrators (3) delegation of authority to non-coverholders, and (4) changes to the rules on sub-delegation.

Paul Brady is the Head of Policyholder & Third Party Oversight at Lloyd’s where he isresponsible for the market oversight of delegated underwriting, claims, complaints and conduct. Paul has held his current role since January 2017 and previously was the Head ofConduct where he oversaw the implementation of Lloyd’s Conduct Standards. Before thatPaul was in-house counsel at Lloyd’s where he was specifically responsible for advising ondelegated underwriting, intermediary regulation and corporate governance. He is also acontributing author to “Conduct Risk: A Practitioners Guide” and has spoken at numerousevents in the UK and overseas on coverholder and intermediary compliance. Paul is a qualified solicitor having graduated in law in 1993.