EARTHQUAKE AND COVID-19 CLAIMS: LESSONS FROM THE AMERICAN CIVIL WAR 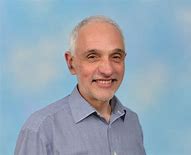 Liverpool in 1862 closely resembled Beriln in 1962, both cities replete with spies. In 1862 Confederate agent James Bulloch, by a combination of deviousness and good luck, persuaded Birkenhead shipyards to construct and release two vessels, later to become The Florida and The Alabama, for Confederate use. As it turned out, that use was to lay waste to a significant proportion of the Union merchant fleet. The events brought Britain and the US close to war, averted largely by the efforts of Lord Selborne in his successive capactites as law officer of the Crown, advocate in international arbitration and Lord of Appeal in the famous case of Burnand v Rodocanachi. (1882) 7 App Cas 333. The Alabama saga has been superbly described by two lawyers whose loss we all lament, Lord Bingham and Johnny Veeder QC. This lecture takes the Alabama a step further, to discuss its implications for claims for property damage in the New Zealand earthquakes of 2010 and 2011 and for the measure of indemnity under business interruption policies for COVID-19 losses.  The lecture draws heavily on the speaker’s Marine Insurance: A Legal History, published in November 2021.